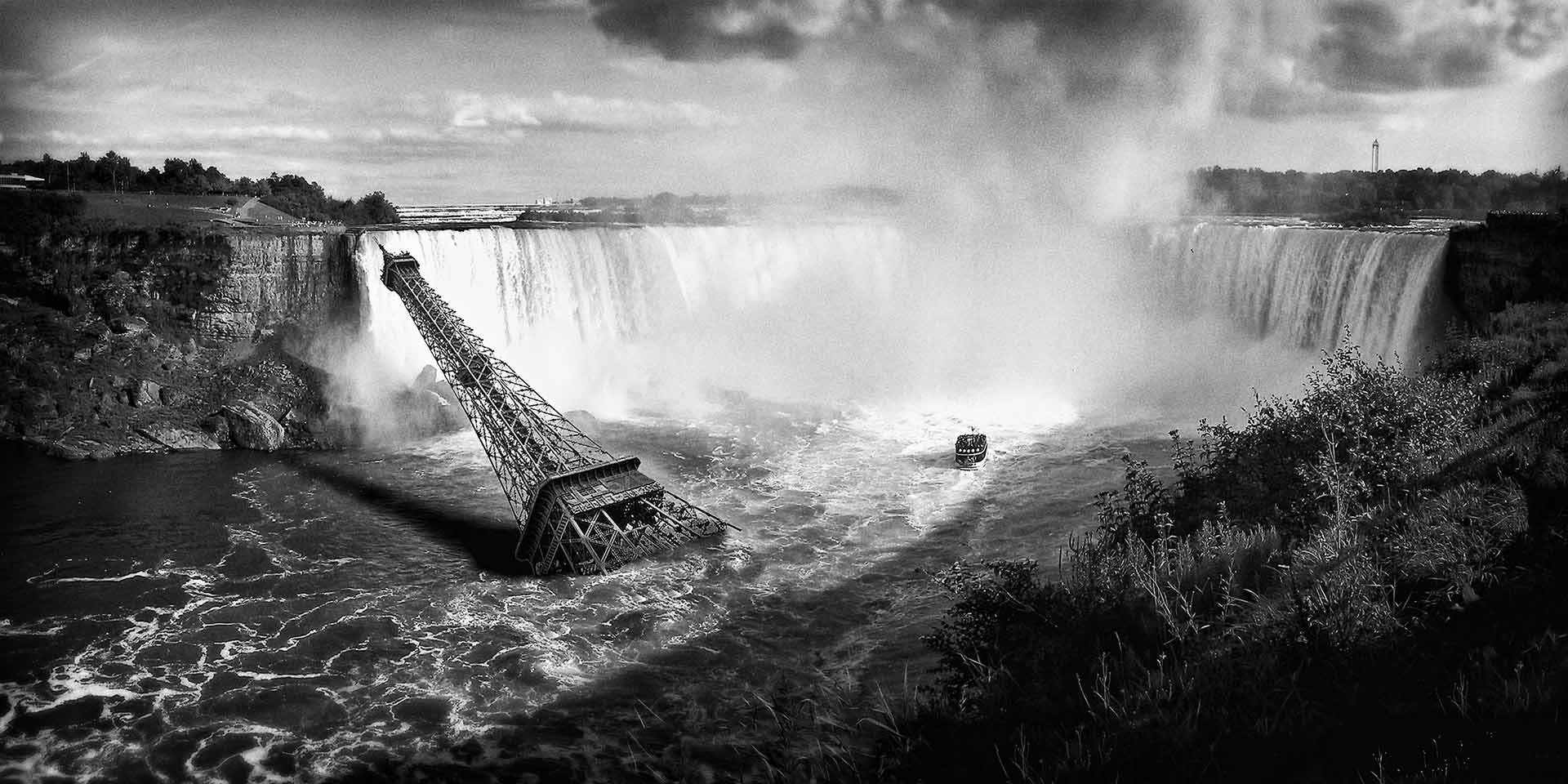 During a visit to the Canadian side of the majestic Niagara Falls in 2007 I took a series of overlapping images in RAW format with my little Canon G1. At the moment, the resulting panoramic frame was intended just for my personal library.

The inspiration came years later with the continuous baloney in the media on the “imminent” end of the world.

The picture of the Eiffel Tower was from a short trip to Paris in 2000 and it was positioned in the Falls in-scale.